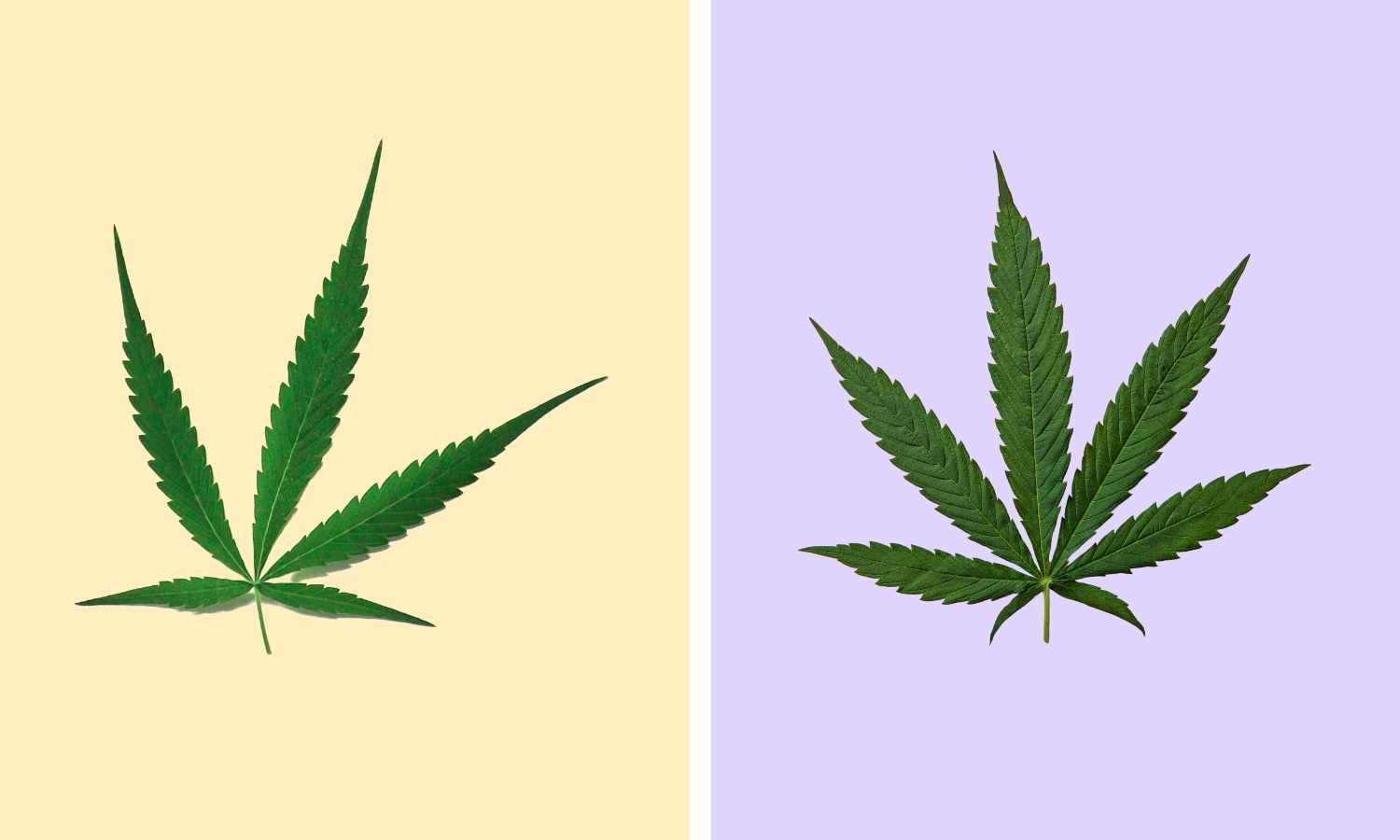 If you are new to cannabis growing, all of the different terminologies can seem a little confusing at first. In this article we will explain all of the different types of weed strains so that you can make a more informed decision for your next grow. There are two categories of characteristics that a cannabis strain falls under, indica or sativa, although due to cross breeding there are many strains now that are a hybrid of the two types. These two types are then split into two subcategories which are photoperiod and ruderalis and then these are further split into regular or feminised.

What is a photoperiod strain?

A photoperiod strain is any cannabis plant that switches from the vegetative stage of growth to the flowering stage of growth because of a reduction in the number of hours of daylight it receives. Photoperiods usually begin to flower when the amount of daylight they receive dips below 13 hours per day, signifying to the plant that summer is coming to an end, hence why the plant starts to produce flowers. The aim of the plant at this point shifts from wanting to grow big and strong to producing flowers, this is because flowers contain the seeds that will pass its genes down to the next generation.

What is a ruderalis (more commonly  known as an autoflower)

Unlike photoperiods ruderalis strains do not require any change in the amount of light they receive and begin to flower automatically at around week 3-4 of growth. They also have much shorter flowering periods usually lasting from 6-10 weeks depending on the variety. Because of the short vegetative growth period autoflowers are naturally much smaller plants and yield less than photoperiods.

Indica and Sativa. What is the difference?

What is a sativa?

Sativa strains originate from warmer tropical climates such as Thailand, Vietnam, South America, and South Africa. To help them survive in the hot humid environments where they are found, sativa plants typically grow very tall and lanky with long thin leaves and foliage and buds are spread out more across the plant. This shape reduces excess moisture build up and helps to prevent mold or pests.

Sativa strains in appearance are traditionally tall and lanky plants with long thin leaves and buds that are spread out. Sativas have been known to grow up to twenty feet tall which is why they are more suited to outdoor growing.

Sativa plants are very tall and as such are best suited to outdoor growing to get the most out of the plants yield. However, with proper training and a decent indoor grow space sativa can easily be cultivated indoors where they can be kept under 6 feet. Sativas experience extreme stretching when they are in flowering mode, where they can almost double in size due to a change in their light cycle, this is known as “the flowering stretch”. Because of their size, sativas naturally take a little bit longer to grow than Indicas and their flowering period usually lasts from 10 – 14 weeks.

Sativas typically grow buds that are longer, thinner & less dense. Sativas generally yield more weed because they have longer flowering periods, and they are much larger plants. This however can change if they are grown indoors where they will not reach their full size.

Other than size this is where the most notable differences are between sativas and indicas. Sativas give users a more energetic and uplifting high which is why most people reserve them for daytime smoking.

Indica plants are native to countries such as Nepal, India, Afghanistan where they are found in the cooler, dryer, mountainous regions. Indica strains are much shorter than sativas with thick dense foliage that helps to protect them against the harsh winds and cooler climates. Because of the shorter summers in these areas indicas have developed to have much shorter flowering times.

Because of their short bushy shape indica plants are perfect for indoor growing where space maybe limited. Indicas also respond well to training techniques such as LST where they can be manipulated to produce thick dense buds and bigger yields. If you are planning to grow continuously throughout the year then you will benefit from the shorter flowering times of an indica which can allow you to squeeze in an extra grow.

Visually indicas are much shorter and bushier than sativas and have thick dense buds that are tightly compact on the plant. Their leaves are broad and the fan leaves are much wider and average heights range from 3-6 feet tall.

Despite their smaller stature, indicas still have big yields and have much shorter flowering times than sativas, usually lasting around 6-8 weeks. This is a big positive for most growers who will often try to cram as many grows as possible into the year. Indica plants have much thicker denser buds which are normally more visually appealing. Because sativa plants typically stay much shorter, they are perfect for indoor growing where space is limited.

Indicas normally give users a much heavier, lazier feeling from their high, with some users reportedly feeling “couch locked” which is the term used to describe the strong sedative effect. The high is more relaxing and indicas are often used as sedatives making them better suited to evening smoking.

Want to get money off your cannabis seed order? Visit our DISCOUNT CODES page for exclusive cannabis coupon codes and special offers that could save you up to 40% off the price of your order.

Hybrid strains are a cross breed of a sativa and an indica parent, often giving you the best of both worlds. The list of hybrid strains is endless so you won’t be stuck for choice. Any seedbank will most likely stock a decent selection of strains that fall into this category.

Well known strains such as Gorilla Glue, Girl Scout Cookies and Big Bud are all hybrids with very different characteristics. With hybrid strains what is important to look out for is if it is indica or sativa dominant and what the ratio is. For example, Girl Scout Cookies is a 60:40 indica dominant hybrid, this means that it will be a fairly even mix of indica and sativa but the balance will tip slightly more in favour of the indica characteristics.

Crossing different types of cannabis genetics like this means that the breeder can handpick the characteristics that they want to pass down to the new line. This is advantageous for growers like us because it means you end up with strains that are ticking ever more boxes. Hybrid strains such as Super Skunk are not only high yielding and high THC, they are even mold and pest resistant to some level and can be grown in both hot and cool climates.

Ruderalis strains are often just thought of as the smaller but faster flowering versions of the standard photoperiods, and up until recently they have had a reputation of being a little unreliable. However advances with breeding cannabis in the last decade have seen big yielding, stable and high THC autoflowers produced that can even rival some photoperiods.

Autoflowers all carry the ruderalis genetics. Ruderalis strains originally came from Siberia and parts of Asia, they got their name from the word ‘ruderal’, meaning ‘growing among the waste’. Ruderalis was given this name because of its ability to grow almost anywhere.

Ruderalis breeds have adapted to grow in harsh cold climates with short summers hence why they flower much faster than photoperiods. Ruderalis strains not only have much shorter flowering times, they also have the ability to flower automatically, regardless of how much light they are receiving, hence the name “Autoflowers” that they have become better known as. Its short flowering time and ability to flower automatically is the reason why autoflowers have become so popular in recent years.

The benefits of autoflowers?

Autoflowers flower on their own without the need for a grower to change the light cycle at around the 3-4 week stage of growth. This is very appealing to newbies who often see it as a hassle free strain to grow, which when you take into consideration that they are hardy and can handle harsh environments you can see why.

Autoflowers flower automatically which means that their veg stage of growth is much shorter than photoperiods and so the result is a strain that is much shorter. Typically autoflowers will grow to around 2-3 feet in height and will yield a lot less too because of their small size. However there are certain growing techniques that can be used with autoflowers that will really help to maximise your yields. Autoflowers have become increasingly popular among cash croppers for a number of reasons, here is why;

How to maximize autoflower yields

What are regular seeds

Regular cannabis plants are great for breeding cannabis; however, you do not want to be growing male and female plants alongside one another if you want decent bud and big yields. If you are growing with regular seeds and not intending to breed you need to keep a watchful eye over them to spot the early signs of a male plant.

Are regular seeds for me?

Unlike feminised seeds, regular seeds have not gone through any process to change them genetically so they are completely natural. You will be able to store pollen and catalogue your cannabis grows, even cross breeding to create your own cannabis strains.

However, if breeding is not your thing then for the extra $20-$50 I would say it is more cost effective in the long run to purchase feminised seeds. If you purchase regular seeds and end up throwing away half of your crop due to them being male plants, you have lost all of the time, effort and energy that you put into those male plants over the last couple of months.

What are feminised seeds?

Feminised seeds have been bred by manipulating their parent plant to only produce seeds that will bear a female plant. The benefits of this are that you have seeds that you can almost guarantee will grow into a bud producing female plant. So if that all important bud is what you are after then this may be the way to go.

How are feminised seeds made?

Are feminised seeds for me?

If you are growing with the aim of producing plants that yield cannabis buds that you can smoke, then I would say that the safest option is to use feminised seeds, particularly if you are a beginner. That is not to say that regular seeds should not be used, however you just need to be more careful and watch over in case your crop is pollinated by a male plant. On the whole feminised seeds were produced with one purpose in mind, to allow growers to produce more bud, so if that’s what you want why not take advantage of it.

If on the other hand you want to breed or grow in the most natural way possible then regular seeds are the more suitable option for you. Please bear in mind though, that just because chemicals have been used in the production of feminised seeds, it has only been used to encourage their parent plants to produce pollen and will not have any impact on how organic the actual seeds themselves are.

How to lollipop marijuana plants 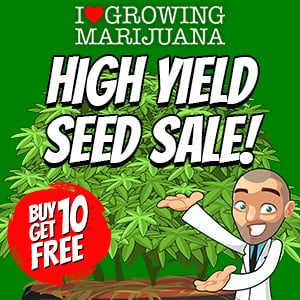